Drawing Inspiration From the Day to Day 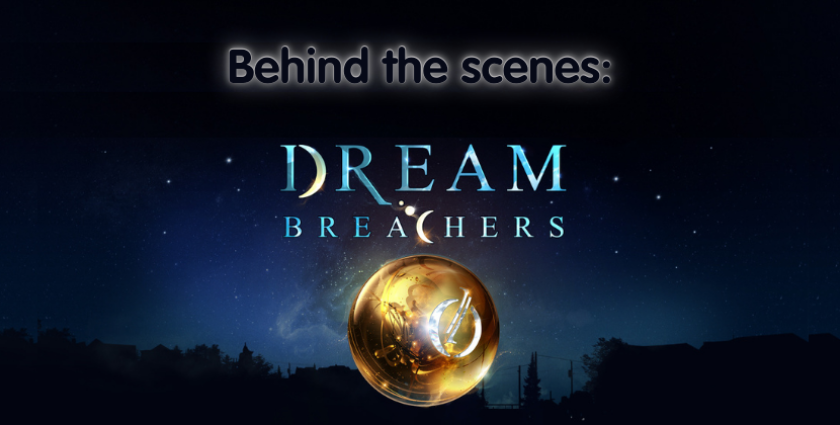 Writers, if we’re being honest, are thieves. We steal shamelessly from the world around us—maybe using overheard conversations or the features of the faces of strangers we see on the street—to evoke fictional worlds. I stole the concept for Dream Breachers from a dream my daughter had, and I’ve repurposed fascinating stories from hairdressers and friends. I’d wager that most fiction that exists in the world has the loot from large and small creative heists buried in its treasures.

But a little talked-about aspect of such thievery is that while writers often steal the unique or incredible things we observe around us, we also poach from the boring or mundane.

Listeners of Dream Breachers will know that Crowley is a fierce breacher, with the ability to transform into a crow. What they don’t know is that whenever my daughter and I are in the grocery store, she points at the milk refrigerator and says, “Look, Mom. Crowley.” We laugh every time…because my legendary breacher and his ability to turn into a bird was inspired by …a brand of milk.

And he’s not the only character whose name has perhaps questionable origins. The character of Garvan, another breacher with incredible powers, is named after the owner of a restaurant my family frequents in upstate New York.

Oh, and the reason our hero, Evan, has a stuffed Dalmation named Dot is because there was a stuffed Ikea dog, which my children named Dot, sitting across the room from me when I sat down to write.

Obviously, this creative pick-pocketing has its limitations. It would be strange to write a whole story whose characters are named after things you see in the aisles of a grocery store. (“Oh, hi, Mrs. T, have you met Betty Crocker?” Take too often and too obviously from your friends, and they may stop inviting you to parties. Every writer must find a comfortable balance between theft and invention.

Most of Dream Breachers is, of course, entirely my own. I’ve woven in a lifelong fascination I have with glass-blowing and marbles, and some of the dreams that are called into the Dream Academy are based on dreams I’ve actually had. The key to making real things work in fiction is, I think, making sure they blend seamlessly with ideas plucked from the imagination so that the listener or reader doesn’t know the difference.

So I might have named a character after the matriarch of my family, or I maybe used my paternal grandmother’s maiden name to name a beach, but none of you will ever know for sure. ☺

Check out Tara's other YA stories - now audiobooks exclusive to Pinna:

The Battle for Darcy Lane

It is summertime, and twelve-year-old Julia Richards cannot stand the anticipation. Everyone on Darcy Lane seems to be holding their breath waiting for the cicadas to emerge, but what Julia and her best friend, Taylor, want is some real excitement. Which arrives in the form of a new neighbor named Alyssa, who introduces a ball game called Russia . . . and an unwelcome level of BFF rivalry.

Suddenly nothing stands unchallenged-not Julia's friendships, her crush, or her independence. But while Julia realizes that she cannot control all the changes in her life, she hangs onto the hope that everything will go in her favor if she can just win one magnificent showdown.

My Life in Dioramas

Kate Marino knows very well that home is where her heart is, and if she had any say in the matter, her heart would stay put in Big Red. The old, rambling farmhouse has withstood the test of time with her family, but now Kate's parents have decided to sell it from under her feet.

The preventative solution: sabotage the realtor's tours with the help of best friends and a plan that has maximum stinkage potential. The back-up plan: hang on to at least a little bit of life at Big Red by creating shoebox dioramas of each room. But even with a full-scale assault, will her mission be a success? And if not, what will the diorama of Kate's future look like?

Tara Altebrando is the author of more than a dozen novels for children and adults, including the YA novels The Leaving and Take Me With You, and the middle-grade novels The Battle of Darcy Lane and My Life in Dioramas. She lives in Queens with her husband, two daughters, and a dog that did not come from the world of dreams.