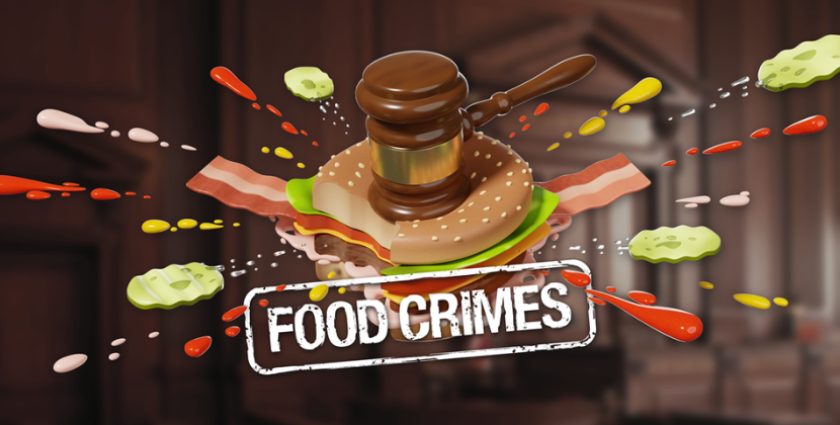 All Rise! Court is back in session -- Food Court, that is.

In season 1 of the Pinna Original podcast, Food Crimes, the Honorable Judge Foodie and her kiddo-juries presided over 10 food-related disputes in Food Court, as families from across the globe sought “foodicial review” for all sorts of food crimes committed against them and their loved ones.

Unfortunately, the good work of Judge Foodie wasn’t quite enough to completely deter would-be foodgitives, and in fact, data from the Uniform Food Crime Reporting Program suggests that food crimes are once again on the rise. Needless to say, Judge Foodie has been summoned by the Supreme Court for a new term.

Before Judge Foodie’s next term begins, the Court requested that we gather some intel on the results of last term’s food crime litigants, straight from the source. After all, the Articles of Confooderation are always subject to amendment…

Here’s what our season 1 plaintiffs and defendants had to report back:

Food Crime: All chicken nuggets, meat, and dairy were taken away without notice

LJ and his sister are allowed vegan chicken nuggets at home and sometimes even get a special trip to Chick Fil A (hot take: LJ claims these are the best nuggets out there!) Mom also learned an important lesson and has become more open to involving her kids in the decisions surrounding their food choices. She even created a weekly meal plan and posted it in their kitchen for the kids to weigh in on!

Food Crime: Defendant drank more than half of a milkshake that both had agreed to split

Charges: Breach of Food Contract and Hogging to the 3/4 Degree

While Asher still may never understand the severity of his crime, he has changed his behavior and now makes sure that all food related items are split evenly between him and Sovi. Anything outside of food sharing, we can’t speak to…

Ruling: Dad is guilty of both plate trespassing and meal burglary

Dad seems to be on his best behavior. He always asks Clara if she’s done eating before taking off her plate… but that hasn’t stopped him from eating those tasty chicken nuggets, what is it about those things??

Food Crime: Gabriel made a habit of asking for a bite of Mom’s food… at every meal

Ruling: Gabriel is not guilty

While Gabriel may not have committed a crime per se, the jury deliberations helped him to better understand that his behavior might be a touch annoying to his mom. Is he going to stop asking all together? Of course not. After all, he can’t be charged with the same crime twice…

Food Crime: Ruben had to take a bite of a salmon sandwich, a food that dad knew he didn’t like

Just to emphasize the severity of the case, Ruben was about to board a 13 hour flight before taking a bite of the salmon sandwich, and proceeded to throw up onto his mom afterwards…

Understandably, dad now thinks twice before he asks Ruben to take a bite of anything, no promises that mom doesn’t have something to do with this after what she had to endure. With the help and support of the jury, Ruben wrote up a Post-It note with a list of food items he does not like. He stuck it on their dining room table and it’s been there ever since the verdict was announced!

Even if a food crime was committed a long time ago, it is never too late to make sure justice is served!

My daughter has a bright future in litigation!

Being an adult doesn’t necessarily mean you are always right.

I was surprised that the judge was not Judge Judy.

Based on these reports, it seems like Judge Foodie and the kid-jury are the only way to put an end to these juicy crimes.

Now that that’s settled, we might as well take our next case… tune in tomorrow to listen to the premiere episode of season 2 of Food Crimes. First on the docket, Case 201: The Confection Deception

If you’ve been the victim of a food crime, be sure to report it to us at contact@pinna.fm.