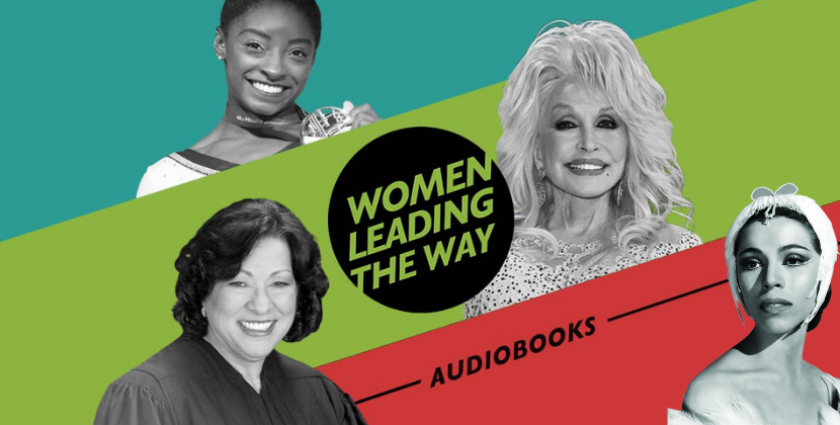 It’s March and you know what that means — Women’s History Month is here!

Over the next few weeks, let’s take time to celebrate the strong women who have made their mark on our nation’s history.

As a parent or teacher, you may be wondering how to honor these remarkable women at home or in the classroom.

That’s where Pinna comes in.

With an extensive audio library chock full of titles featuring heroic women, there’s no shortage of educational material to share with the kids in your life.

Below, we’re going to share a brief rundown of how Women’s History Month came to be, along with the current titles available in the Women Leading the Way audiobook series on Pinna.

What is Women’s History Month?

Ava DuVernay is an award-winning director who surpassed critics and found success in the movie business. This audiobook highlights Ava’s powerful presence in the film industry.

Serena Williams is one of the greatest tennis players of all time. From her first Grand Slam in 1999, Serena has dominated the courts while also working off-court to fight for equality for women and people of color. Hear all about her rise to stardom, from childhood to championships and future goals.

After years of dedication and diligent training, Simone Biles and her collection of gold medals have proven she is the greatest gymnast of her time! Follow Simone’s path to greatness in this audiobook.

Dolly Parton may have built her fame on a country music career, but she has become a powerhouse in other industries, too! Learn about Dolly’s beginnings in music, her thriving free book program, and more.

By age 11, Malala Yousafzai was already working to change the world. The activist has been working ever since to ensure that children around the world have access to education. Listeners will learn that they don’t have to be adults to lead the way!

With grace and determination, Maria Tallchief became the world’s first Native American prima ballerina! Her story of triumph dances through this audiobook.

Sonia Sotomayor has been a trailblazer all her life. She’s the Supreme Court’s first Latina justice, and its third-ever woman! This audiobook explores Sonia’s childhood in the Bronx, her career as a tough-but-fair prosecutor, and her journey to the highest court in the United States.

Pinna’s audio library is massive and offers something for everyone. The booklist above will give you an excellent starting point when you’re on the hunt for educational material to cover Women’s History Month at home or in the classroom.

What is your favorite title in the Women Leading the Way audio series? We’d love to hear from you! Find us on all our social platforms – Facebook, Instagram, Twitter, and Pinterest – or email us at contact@pinna.fm.

Amy is a freelance writer and homeschooling mom to her tribe of tiny humans. She's fueled by coffee and the desire to do ALL. THE. THINGS. She blogs about all things motherhood at realtalkwithamy.com